With Yevtushenko on the Steps 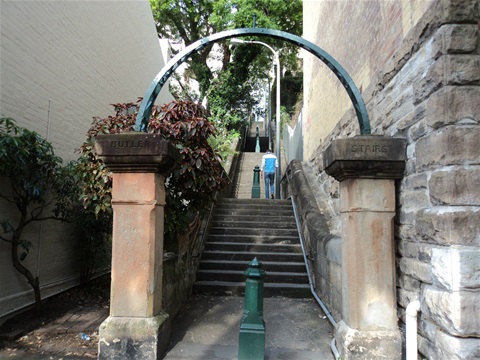 [For those readers that might point to a perceived inconsistency in the title I assure it is intentional.]

Browsing through Arts & Letters Daily recently I came upon a piece of news that saddened me greatly – namely that the Russian poet Yevgeny Yevtushenko had died of heart failure in April last [the 1st] in the United States. He was aged 84.

Yevtushenko indirectly, through an Elysian and chaste encounter some fifty one years ago, had a significant influence over my academic worldview.

I arrived in Australia in April 1966 aged seventeen with the intention of joining the army. Finding myself some eight months too young to do so, to fill in time and to keep body and soul together I slipped in and out of interesting jobs and experiences. Late in October of that year, I left my job as a jackeroo on a vast and remote sheep station in north-western Australia and took to the road. In Darwin I joined the fraternity of ‘Beats’ who moved seamlessly and constantly up and down the eastern seaboard. My diary of 3 November records that after having spent the night in a tent owned by a Mrs M [I assure of the greatest propriety] I “…left camp. Met John who joined us. Real Beats. Left Darwin 4pm. Lift from 27 mile pub on back of a big truck. Bloody cold and tired.

We got as far as Katherine and were destined to spend a couple of days outside RAAF Tindle waiting for a lift to the Three Ways. But that is another story.

Fast forward to Sydney and Sunday the 18th of November. My cryptic entry reads: Arrived Sydney. Slept in drug addict in the Cross.

To fill this out in a little more detail I relate that I slept on a doorstep adjacent to the Reverend Ted Noffs’ Wayside Chapel. I had spent the evening there drinking coffee and listening to guitars, folk songs, Bob Dylan wannabes and tall-tales by fellow Beats. When the Chapel closed in the early hours those of us that weren’t accommodated slept where we could.

The point of this is to introduce my equally cryptic diary entry two days later, Tuesday the 22nd: No sleep this morning. By myself all night, no money nothing.

It was indeed a hungry and parlous time. The previous day I had managed lunch by washing dishes for it. But early Tuesday afternoon found me hungry, desolé and down and out strolling down the leafy quiet of Victoria Street. Once a genteel tree-lined side street of Kings Cross, it meandered its way through Potts Point with wonderful views overlooking the city. By 1966 however it had fallen on hard times and looked as shabby as I felt.

Notwithstanding I felt quite compatible and in a reflective mood. It was a spring bright warm and sunny afternoon. The broad London Plane trees were in their spring foliage casting wonderful pools of shade along the street. Presently I came upon the historic Butler Steps, a steep flight of narrow stone steps constructed in 1869 to connect the heights of Potts Point with Brougham Street in Woolloomooloo below.

Sitting at the head of the steps, sunning, was a girl - slim in an age when we were all slim and pale in an age that celebrated the sun. She was no Beat – scrubbed in clean denim – somewhat older than me.  She had been reading. We said hello and I joined her.

Her book was poetry and fresh off the presses – a slim volume - Yevtushenko’s Bratsk Station. It had only in recent months been released in Australia and had evidently become an instant must have among the cognoscenti. For me it may as well have been Greek. So she read for me. Her voice was a perfect instrument – I remember she was studying drama and acting – her hair, long dark and shiny, swung across her narrow shoulders with the rhythm of her performance.

It was sublime: my own private recitation of poetry crafted by one of the poets of the generation. And what poetry! This was poetry like no other I had read or heard at school. This was poetry for today, a call to arms, a message of how things could be, about hope – and it resonated deeply.

And then we parted ways. I don’t know her name, I never saw her again, and she didn’t even get a mention in my diary.  But my memory of that afternoon has remained with me all my life. After I joined the army my first book purchase and a foundation to what was to become my considerable library was Yevgeny Yevtushenko’s Bratsk Station. I carried it about with me in my army career and was known to give impromptu albeit imperfect recitations in my drunken moments.

When I left the army I went on to study history and politics at university. Much of my subsequent academic life centred on Marxist philosophy and eastern European history. Russian society and literature exerted an immediate attraction and still holds a deep place in my heart. Indeed, I even went so far as to enrol in Russian language at technical college. This proved a step too far!

In reflecting upon that warm spring afternoon with Yevtushenko on the steps, I readily pay tribute to my hitherto publicly unacknowledged muse. I hope she had a happy and fulfilling life.

Julie and I woke this am to read your blog, a beautiful way to start the day. You have certainly lived a rich, varied life and contribute through your beautifully written blog. Affectuose. Sam.

Thatwas a moving anecdot. its surprising how a brief meeting can change your life as meeting you did for me God Bless you John

Enjoyed reading this very much. Beautifully written, as ever.

Enjoyed it, seems as though Darwin was the perfect place in the mid 60's and for I in the mid 70's to become 'busted arsed'. Pushing beef bodies about, restacking bricks on pallets in the wet.