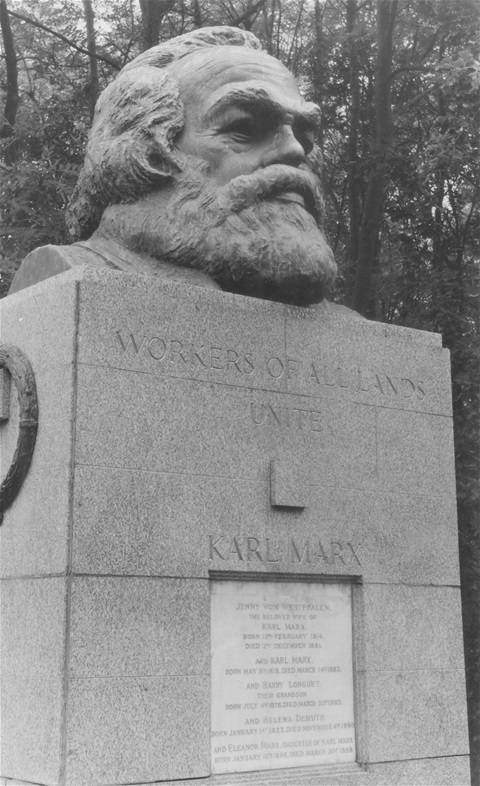 A friend and reader pointed out that I had not written a piece to commemorate the fact that this month celebrates the bicentenary of Karl Marx [5 May 1818]. I had been aware of the fact and had been reading various coverage of the matter [see particularly RT News]. However my prolonged ennui subsequent to my recent hospitalisations had sapped my intent. I am therefore most grateful for the gentle nudge.

Whatever one’s views on this enigmatic and scruffy philosopher no one can gainsay his powerful and lasting contribution to international political theory and practice. Karl Marx, the father of ‘communism’ and handmaiden to socialism influenced the thinking of millions and helped shape the history of the C20th.

From a personal perspective I freely admit that Brother Karl had a profound influence on my own weltanschauung. I am a child of the Cold War. I was born in Germany during the Berlin airlift crisis – the first major confrontation between the West and the Eastern Communist Bloc. I was brought up in Malaya during the Communist insurgency. As a young man I took the Queens Shilling to fight communism in South Viet Nam. As a student and union shop steward I fought left wing unions at Trades Hall and for much of my later life fought Marxism in academia. Indeed, whilst at university I immersed myself in Marxist theory to know my enemy as it were. I still retain a formidable library of Marx’s works complemented by writing by others of the communist pantheon.  Yes indeed - I can claim to know a little about Brother Karl.

Much of his writings are dense to the extreme. Very few of us, save for fanatics and masochists can really and honestly claim to have read his opus Das Kapital in detail.  I have tried and failed on three attempts. Much of his other writing on economics is equally unappetising. His works on social theory are somewhat more intelligible and his shorter polemics on revolution and revolutionary theory are positively riveting in comparison. The latter are intellectually simplistic enough to be politically appealing in a superficial way. It is little wonder that these caught the imagination of the emerging cohorts of petit-intellectuals of C19th Europe. Through this cohort Marx’s revolutionary ideals were preached as World History 101 to the masses. His simple dogma and sometime electrifying phraseology placed the masses and their putative leaders on the ‘right side of history’ and confirmed, in their own mind, that the future belonged to them.

This presented an interesting clash of ideas when another group of totalitarians in central Europe claimed that, at least for the then forthcoming thousand years, the future actually belonged to them.

It is unfortunate that few readers, scholars and acolytes actually realised that Marx, in his later years was changing his mind. Few could actually muster the energy to pore critically over Kapital and check his mistakes, in logic and in fact. Marx was aware of flaws in his application of the dialectic process in his opus and in his general economic theory. But by this time his broader reputation as a revolutionary was sealed.

I have always been dubious about his economics. As a starting point, I found it almost unintelligible.  Furthermore, in my view, much of his argument, famously claimed to be empirical, is in fact at best a priori and at worst sheer assumption.

However, amongst Marx’s voluminous works are his letters and writings on matters of history: they extend over all manner of subjects – from the Austrian wars to South American revolutions. These I find of great literary interest. His writing style herein becomes quite elegant and sardonic to the point of being almost witty. Taken together with the historical writings of his close friend Engels, this corpus makes for pleasant reading on a wet afternoon.

I can admire Karl Marx’s mind and his voracious intellectual curiosity. Many of his arguments are compelling: that his simple explanation of European history gained such widespread acceptance is understandable if regrettable. As previously stated I have an extensive collection of his writings. I have various pieces of memorabilia and ephemera such as my library ticket to the Marx Memorial Library in Clerkenwell Green, London – a wonderful old house and collection – and photos of the Great Man’s grave in Highgate Cemetery. I visited him one glorious Friday afternoon in the Summer of ’88. Fortunately I had the cemetery to myself so I was able to enjoy a good half hour of quietness with the old chap; after which I caught a tube to the City to join an old school friend with whom I got delightfully drunk.