A Time to Reflect 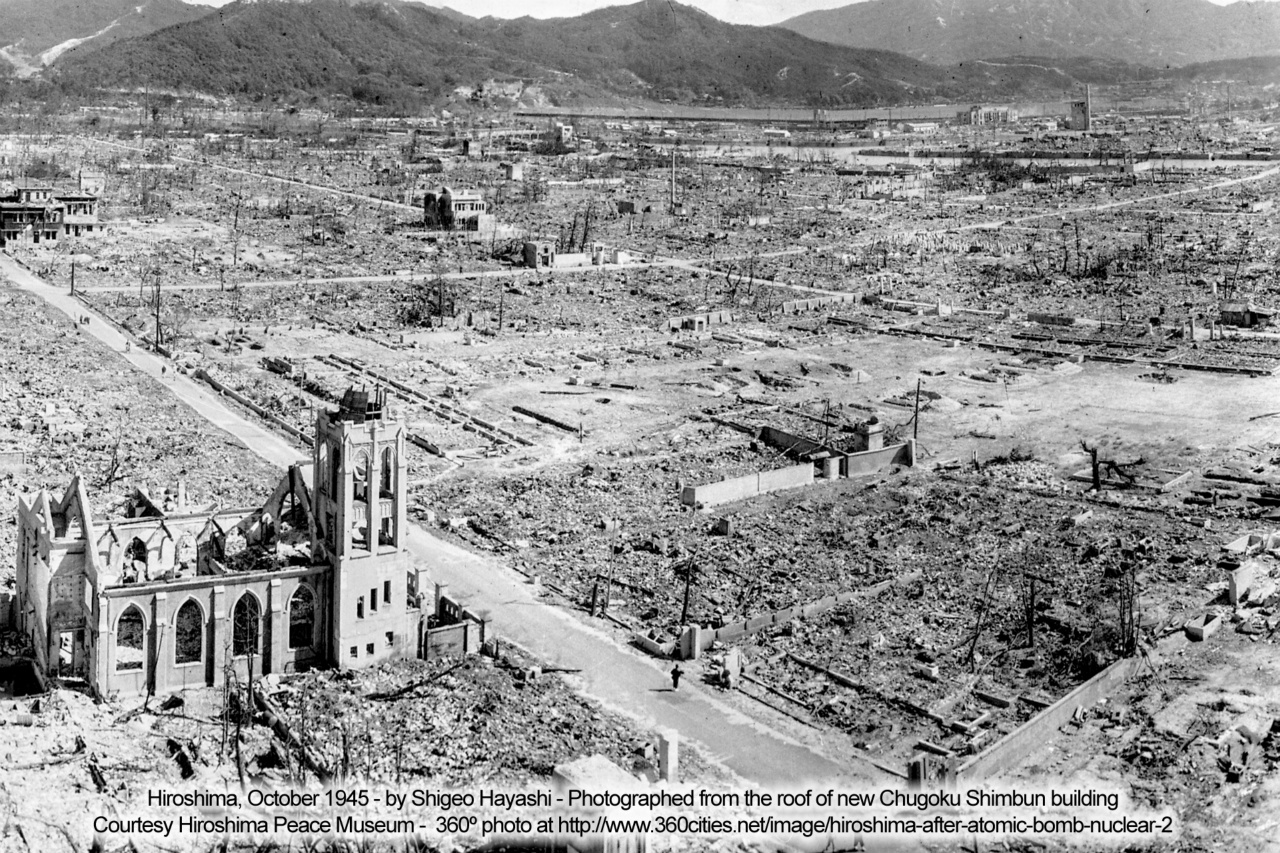 Seventy years ago, on 6 August 1945, a uranium gun-type atomic bomb (Little Boy) was dropped on Hiroshima. Three days later, on 9 August, a plutonium implosion-type bomb (Fat Man) was dropped on the city of Nagasaki.

A week later, on 15 August, Emperor Hirohito made a recorded radio address across the Japanese Empire announcing the surrender of Japan to the Allies. The surrender was formally signed on 2 September 1945 thereby bringing to a close the Second World War.

It is not the purpose of this brief memorial to enter into the ethical debate concerning the use of nuclear weapons to subdue Japan. It is rather the object to remind readers that the unresolved question of nuclear weaponry remains the greatest ethical dilemma confronting the world.

Unsurprisingly both Hiroshima and Nagasaki are at the forefront of endeavours to eliminate nuclear weapons. On 25 July last, as part of its seventy year commemoration services, Hiroshima hosted an International Symposium for Peace entitled The Road to Nuclear Weapons Abolition.

A key note speaker at the symposium was Dr Mahommed Bedjaoui, a former president of the International Court of Justice. At this conference Dr Bedjaoui asked: “Can humanity abolish the devil’s weapon?”[1]

During the course of his speech he detailed the many steps that the International Court of Justice was taking in trying to give effect to the Treaty on the Non-Proliferation of Nuclear Weapons [NPT]. He sounded however a grim note:

“International relations are more and more volatile. Too many negative signs darken the still poorly lit path to peace. The alarming erosion of the NPT is also an obstacle. …. For the past 15 years, disarmament is marking time. Worse yet, some of its gains have been questioned in connection with a new policy that expresses a certain disaffection towards the [sic] disarmament.”

In the Western world this disaffection is quite obvious. Climate change, homosexual marriage, the environment, terrorism and immigration currently occupy the capricious minds of the chattering classes to the exclusion of the big ticket questions of geopolicy. The campaign for nuclear disarmament has lost its chic appeal amongst the supposedly ‘idealistic youth’, who seemingly remain entrenched in an intellectual vacuum of vacuity.

The fragile security of the world, once guaranteed by bi-polar international politics and the fear of Mutually Assured Destruction, is threatened as never before by a multiplicity of nuclear threats including those states which are inherently unstable or rogue in their international relations. In this context the likelihood of terrorists acquiring nuclear weaponry is ever increasing and, as the recent example of Iran indicates, negotiating non-proliferation deals is fraught with difficulties.

Sadly technology is impossible to de-invent. The Genie of nuclear weaponry is well and truly out there. It is therefore, on this seventieth anniversary of total horror, appropriate to call upon all civilised peoples to learn from Hiroshima and Nagasaki and to refocus on the question of nuclear non-proliferation.

It is perhaps apposite to return to Dr Mahommed Bedjaoui who urged: ‘Nuclear disarmament is the ultimate goal of all action in the field of nuclear weapons. This goal is no longer utopian and it is the duty of all to seek to attain it more actively than ever.”

Our mission has been established. We must ask ourselves - what can we do?

Great article as always John. Answer unknown, real issues remain buried beneath the siren enraged superficiality of domestic politics and rogue states continue unchecked.
I wish it were not so.

Thank you Lesley. It is a subject out of vogue but one that concerns me greatly. I really appreciate your comment.